There was dancing and singing; laughing and waving; there were more festivities than one person could comprehend in Franklin Park and Unity Park on Sunday as thousands of people came to Trenton to celebrate the 201st anniversary of Guatemala’s independence from Spain.

The 10th parade, held in the heart of the Trenton Latino community, was back after its two-year COVID-19 hiatus, explained Estuardo Arriola, Trenton President of the Guatemalan Merchants Association. “We started in 2013, with a few people around the town, you know, business owners and community leaders,” Arriola said.

It grew quicker than anyone expected, soon rivaling festivals like Trenton House festival and the Puerto Rican Parade. It brought in 16,000 to 18,000 people on average into the city’s streets.

“It is important because the Guatemalan community is one of the largest Latino communities in the city of Trenton. So we support everything that has to do with Latino communities… I’m excited to be here,” Hernandez said.

The sidewalks were covered with flags from across Central America. However, the Guatemalan flag’s blue, white, and gold flooded the streets on cars, flag pools, mini-flags, and shirts. Allison Flores, a 13 year Trenton resident whose family immigrated from Guatemala, was out celebrating with her family.

“Well, today represents our country… the 15 was our independence day, and today also represents our culture, food, and way of life… It’s beautiful, colorful, and amazing,” Flores said.

Even though it was Guatemalan’s Independence, it was a celebration for all Latinos across the city. Yallira Palla, a Trenton resident who immigrated from El Salvador, set up shop in front of her house and pulled out her grill, skillet, and cooking utensils to serve the hungry crowd walking by. She had various foods from her home country, El Salvador, and was grilling on the spot for anyone that came by and asked.

“I love it. My people are coming to see the parade, and I will be able to sell a lot of food. I love it,” Palla said.

The further down the parade you went, the more crowded it became. Unity Square was filled with revelers dancing, buying food, and watching the rest of the parade walk through the city. Arriola explained that the parade was a success, but he also would like to see more festivals like this in the City of Trenton.

“The most exciting part is to see people coming from everywhere, like California, Chicago, Massachusetts, Maryland, Virginia, Gloria and Pennsylvania, New York, Rhode Island…seeing the community happy around in hubs. We need more festivals and events like this to have the people be safe and healthy,” Arriola said. 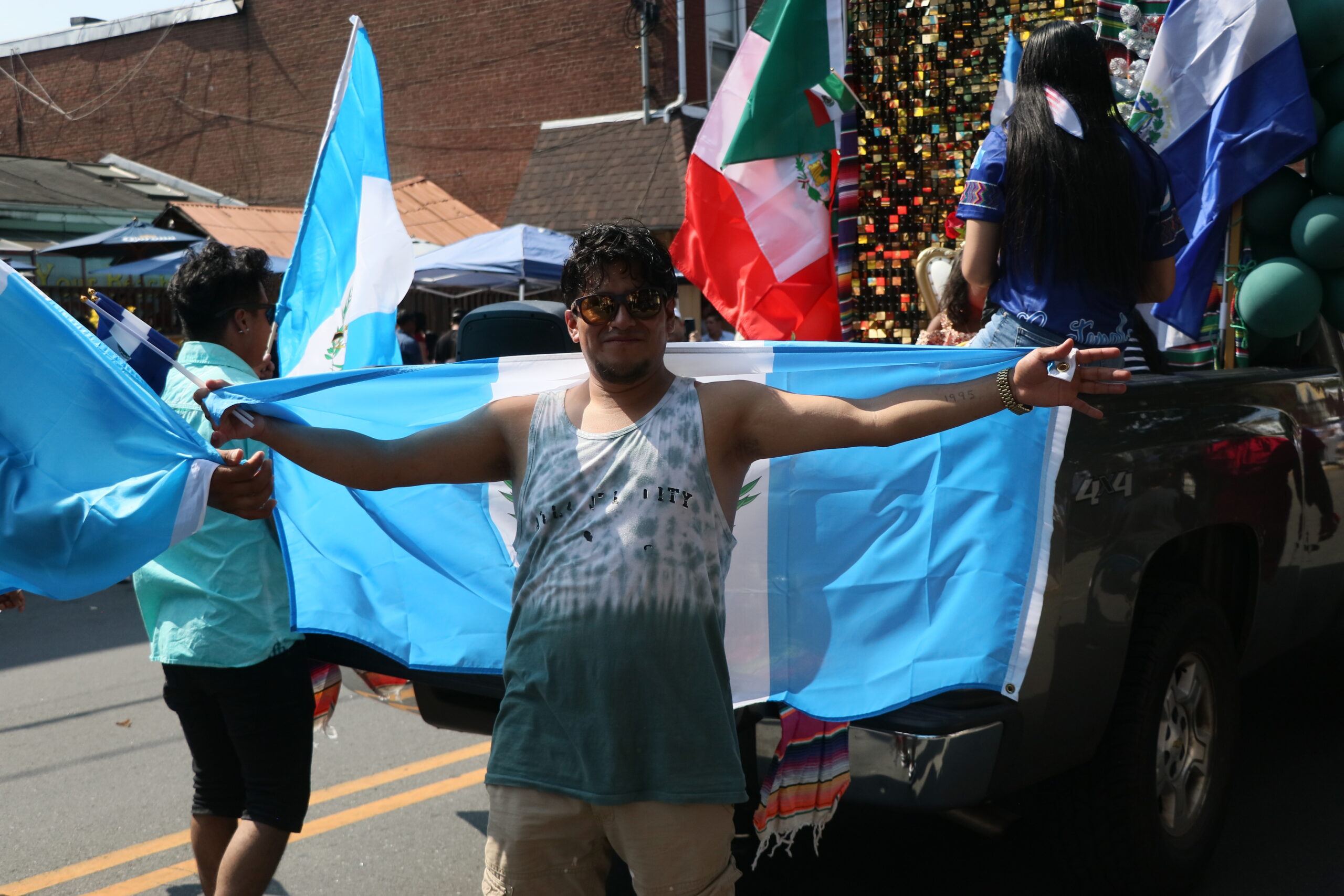