Drs. George and Pamela Pruitt are experienced, passionate, and highly motivated educational leaders who proudly call the Trenton area their home, often noting its exciting proximity to both Philadelphia and New York City. Between the two, they have 50+ years of experience in higher education. They are noted for their leadership work at Thomas Edison State University and Rider University, respectively, where they have taken great strides to achieve climates of diversity, equity, and inclusion. George and Pamela are each well known for pioneering and leading successful new projects in and out of the education sector to achieve ambitious goals.

Dr. George A. Pruitt, president emeritus of Thomas Edison State University, was instrumental in the conception and formation of Greater Trenton and served with great distinction as President of the founding entity known as Capital City Partnership and as a founding member of the subsequent Greater Trenton Board of Directors. His exemplary leadership and guidance helped to shape and advance Greater Trenton’s mission to facilitate the development and revitalization of New Jersey’s Capital City. He has given selflessly of himself, serving as a committed champion of the community to provide alternative access to collegiate education and to promote economic growth by renovating historically significant properties and developing high-quality new buildings.

Grammy award winner, Dr. Pamela Pruitt, is President and Facilitator of THE NEXT LEVEL CONSULTING, LLC. She has an extensive and diverse background in media and marketing, having held significant positions at Motown Records/Jobete (Jo-bet) Music Company, CBS Television, Warner Bros. Records, Delta Air Lines, ABC Radio Networks, New Jersey State Council on the Arts, CBS/Westwood One, the Wall Street Journal Radio Network, and WIMG/Morris Broadcasting of NJ, Inc. Currently serving as Executive Director of the Center for Diversity and Inclusion at Rider University in Lawrenceville, NJ, Dr. Pamela Pruitt is responsible for promoting unity, diversity, equity, and inclusion among the campus community through best practices, programs, training, celebrations, and community outreach. She is also an adjunct professor in the College of Liberal Arts and Sciences, Department of Communication and Journalism, at Rider, and a part-time lecturer at the School of Communication & Information (SC&I) at Rutgers University in New Brunswick, NJ. 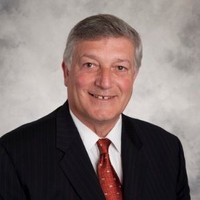 Anthony “Skip” Cimino, an instrumental leader in the conception and formation of Greater Trenton, serves as Executive Director of the NJ General Assembly Office.

Cimino represented the 14th legislative district in the Assembly from 1988 to 1992 and later served as Commissioner of Personnel during the Jim Florio administration. Currently serving as Board Chair of Princeton Area Community Foundation, Cimino was most recently a partner at the lobbying firm Kaufman Zita Group.

A native Trentonian and longtime friend of Caren Franzini, Cimino has dedicated his life’s work to improving communities in and around New Jersey’s State Capital. Prior to joining Kaufman Zita Group, Cimino was the president and chief executive of Robert Wood Johnson University Hospital in Hamilton for five years. He’s also a former Mercer County freeholder and member of the Hamilton Township Board of Education.

A founding member of Greater Trenton, Cimino served the organization with distinction, passion and vision in various leadership roles including Board Chair, Corporate Secretary, and Chair of the Governance, Nominating and Compensation Committee.

An outstanding and deeply experienced corporate, community and political leader who shines as a committed champion for the revitalization of New Jersey’s Capital City, Cimino adds to a growing roster of outstanding individuals to receive the distinguished Caren Franzini Capital City Award. 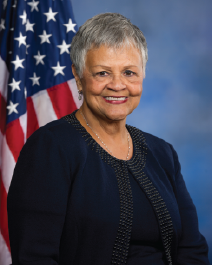 Congresswoman Bonnie Watson Coleman, a long-time public servant and advocate for New Jersey families, was elected in 2018 to her third term in the U.S. House of Representatives. The first African American woman to represent New Jersey in Congress, Watson Coleman is passionate about the issues affecting working families of all backgrounds, including criminal justice reform, building an economy that works for all families rather than a wealthy few, and rebuilding infrastructure to improve this country and support job creation. She focuses on these priorities and other critical issues as a member of the House Committees on Appropriations and Homeland Security. Bonnie Watson Coleman is the second annual 2019 recipient of Greater Trenton’s Caren Franzini Capital City Award.

The daughter of legendary state legislator John S. Watson, Watson Coleman has continued a family legacy of public service, fighting for women, economically and socially disadvantaged populations, ad other vulnerable groups in our society. Prior to her election a Representative for New Jersey’s 12th Congressional District, Watson Coleman served eight consecutive terms in the New Jersey General Assembly and shattered racial and gender barriers to become the first Black woman to serve as Majority Leader, and as the Chair of the New Jersey Democratic State Committee. During her time as Majority Leader, Watson Coleman convened a year-long series of public hearings on reforms to prisoner re-entry programs while shepherding legislation through the Assembly that the New York Times called “a model for the rest of the nation,” on prisoner rehabilitation and release.

Since coming to Congress, Watson Coleman has continued champion protections for vulnerable Americans including authoring the Healthy MOM Act, which would allow women to enroll in, or change their health coverage if they become pregnant; the End For-Profit Prisons Act, which would prohibit the federal government from contracting with for-profit prison corporations; the SAFER Pipelines Act that would reform the gas pipeline approval process overseen by the Federal Energy Regulatory Commission; and the Customer Non-Discrimination Act, which would amend the Civil Rights Act of 1964 to prohibit discrimination based on sex, sexual orientation, and gender identity in “public accommodations,” such as schools, recreational facilities and retail stores.
In 2016, Watson Coleman founded the Congressional Caucus on Black Women and Girls alongside two of her colleagues, the first caucus aimed at bringing both the tremendous challenges and incredible successes of Black women to the fore in Congress’s policy debates. Watson Coleman is an active member of the Congressional Black Caucus, the Congressional Progressive Caucus, the Congressional Caucus for Women’s Issues, The Congressional LGBT Equality Caucus, and the Congressional Asian Pacific American Caucus.

Watson Coleman’s belief in equality is one of the main reasons she first decided to run for Congress and extends to all the matters that shape working families’ lives, including the notion that neither income, social status, occupation nor lack thereof should determine someone’s access to high-quality, affordable healthcare. Her fight for that access for all Americans became deeply personal in 2018 when a small, cancerous spot was removed from one of her lungs. She is blessed to be cancer-free today, after undergoing treatment and receiving and lifting many prayers. Her experience strengthened her resolve to make healthcare a right in this country.

Watson Coleman is a graduate of Thomas Edison State College, and has received honorary doctorate degrees from the College of New Jersey, Rider University, and Stockton University. She is a member of Alpha Kappa Alpha Sorority, Inc. and co-chair of the Girl Scouts of America Capitol Hill Honorary Troop. She resides with her husband, William, in Ewing Township. The two are blessed to have three sons: William, Troy and Jared; and three grandchildren: William, Ashanee and Kamryn.

Anthony R. Coscia, a close friend and mentor of the late Caren Franzini, is a partner at Windels Marx Lane & Mittendorf, LLP, where he focuses on corporate, commercial, and real estate matters, with a concentration on the financial elements of these transactions. In addition to his private practice, Mr. Coscia also serves as Chairman of the Board of Directors of the National Railroad Passenger Corporation (Amtrak). Previously he served as Chairman of Amtrak’s Finance and Audit Committee. Anthony Coscia is the inaugural 2018 recipient of Greater Trenton’s Caren Franzini Capital City Award.

Mr. Coscia is the Chairman of Suez North America Inc., the U.S. subsidiary of Suez Environnement SAS. He is a Director of OceanFirst Financial Corp. and OceanFirst Bank and has served as a director of several public and closely held corporations in the construction, financial services, investment banking, real estate and manufacturing sectors. In April 2020, he was named to New Jersey Governor Phil Murphy’s 21-member Restart and Recovery Commission, which is tasked with guiding the State’s transition from COVID-19 quarantine to recovery. In addition, he serves as a trustee of Georgetown University and the New Jersey Community Development Corporation, and is a member of the New Jersey Performing Arts Center Council of Trustees, The Partnership for New York City, The Economic Club of New York and the Regional Plan Association.

Mr. Coscia served as Chairman of the Port Authority of New York and New Jersey for over eight years, stepping down from the Board on June 30, 2011. During his tenure, the longest in modern Port Authority history, he served four New Jersey Governors and three New York Governors. As Chairman, Mr. Coscia oversaw the restoration of the agency after 9/11 as a key player in the region through development of a long term capital program, assuming the lead role in the redevelopment of the WTC site rebuilding, spearheading multi-billion dollar mass transit improvements, port expansion, modernization of aviation facilities and the most significant corporate governance and financial management reforms adopted by the Port Authority in over two decades.

From February 1992 to March 2003, Mr. Coscia served as Chair of the New Jersey Economic Development Authority (“NJEDA”), one of the largest state-sponsored development banks in the United States.

Mr. Coscia is a member of the Executive Committee of Windels Marx and has been with the Firm for over 25 years. He served as Editor-in-Chief of the Rutgers Computer and Technology Law Journal while attending Rutgers University School of Law. In 2007 he was awarded an honorary doctorate of humane letters from the New Jersey Institute of Technology.