A Celebration of the Historic Broadstreet Bridge

There is a reason why Trenton is New Jersey’s Capital City. In an effort to shine a spotlight on the history woven into the making of this revolutionary town, this Saturday, July 3, the City of Trenton’s Department of Recreation Natural Resources and Culture will be honoring one of the many turning points in American history that took place right here in the heart of democracy. 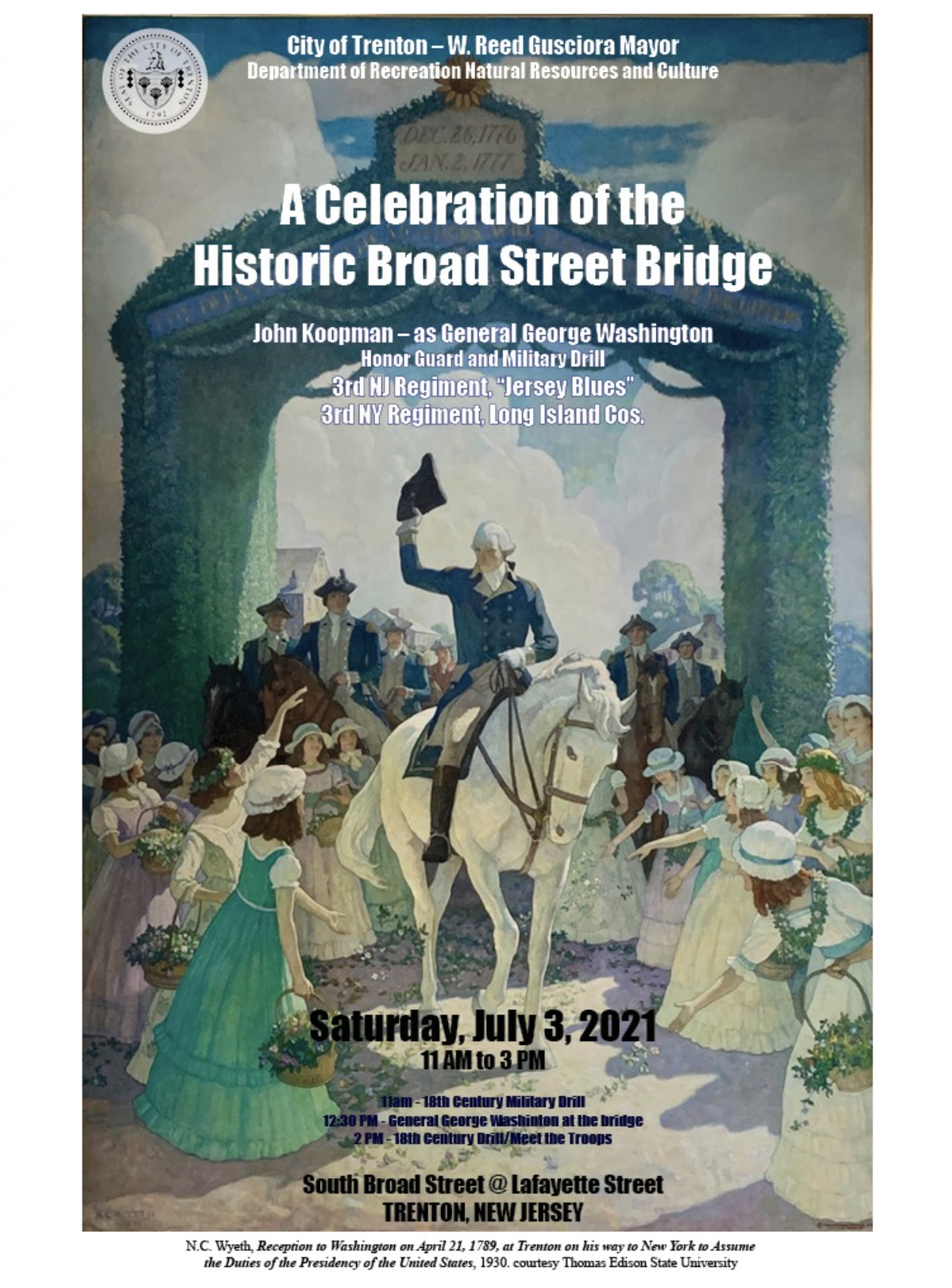 From 11 a.m. to 3 p.m. join the City of Trenton to celebrate the historic Broad Street bridge. The day will feature around two dozen reenactors, some horsemen, military drills, live music and a community Q&A to discuss George Washington’s travel through Trenton heading to assume his duties as the first president of the United States of America.

“Trenton, position between New York and Philadelphia, is very important in so many ways historically,” said Randy Baum, Licensed Landscape Architect (LLA) and project manager for Brownfield Redevelopment Solutions Inc. (BRS Inc.). “[Between] everything that took place during the colonial era here, clearly New Jersey and the battles of Princeton and Trenton were the turning point in the Revolution. This was like the ‘make it or break’ it for this country. If these attempts had failed here, we would be under British rule.”

For the day’s main event, women and children will be throwing flowers at the feet of George Washington (portrayed by John Koopman) as he crosses the Broad Street bridge. Washington will then speak to the crowd about the history of the bridge, the existing condition to the bridge, and how it’s such an important historic spot for both the state and the country.

The night will end with additional military drills and an array of patriotic music performed by the Capital Philharmonic of New Jersey at the Mill Hill park stage.

Currently, the Broad Street bridge’s condition is deteriorating. However, according to Baum, he is working with New Jersey’s Department of Transportation (DOT) to uphold its appearance and use.

“The bridge should be restored,” said Baum. “Right now, it’s sort of covered up by the culvert and a bunch of stuff that could be, and should be, cleared out as part of the DOT restoration project. So, this [event] is sort of a message to all just say, ‘you know what, this is a once in a lifetime opportunity to do this bridge restoration correctly.’ Let’s get it right this time.”